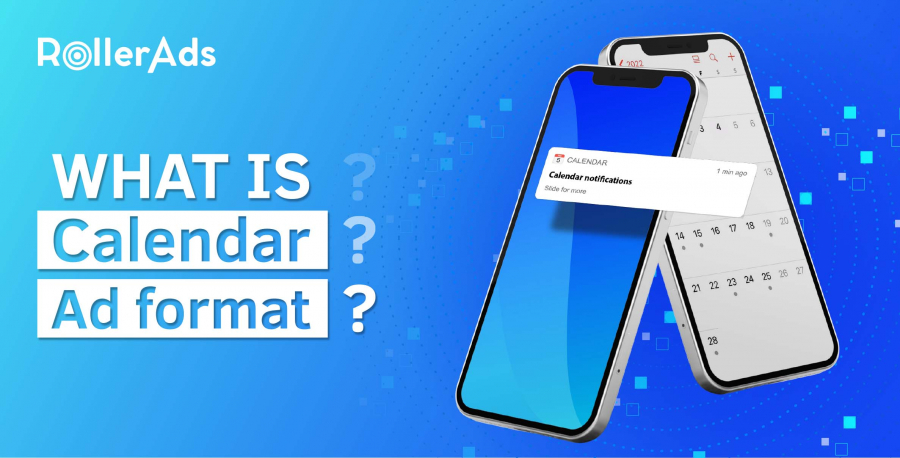 Push notifications are wildly popular because every app on a user’s phone struggles to remind them of themselves. Push notifications generate instant interest, and if a short message hits the target, the user is one click away from your offer.

But as with every popular format, it has a drawback: there are just too many push notifications now. After the surge in the popularity of push marketing in 2018, Android users have become noticeably colder to push notifications, and often simply turn them off.

It would seem that with more strict notification policing, it is worse on iOS but not so long ago, a new format appeared – Calendar Ads, which allows you to bypass the limitations of the iOS system and contact the user through a new channel – the calendar.

A calendar push ad is an ad notification that appears directly in users’ calendar app as a native calendar notification. So the message does not come directly from the app but appears in the calendar.

It is a new format that allows you to announce an upcoming promotion or offer a few days before the day of the event. It opens up a lot of interesting advertising opportunities, and most importantly, millions of iOS users, which is a fairly fresh market for push notifications advertising.

This kind of advertising has potential in any vertical: it connects with an untapped market of fresh users, not yet fatigued by push marketing. Which with the right targeting can give an excellent increase in traffic and sales.

At the moment, calendar advertisement has particularly high rates in the verticals of Finance, Crypto, and Dating – where time management is crucial.

Things to avoid with Calendar Advertisement

It is worth remembering that, like all push notifications – this format is intrusive, which means that if you target and messaging is wrong, it will only irritate the user.

Are Calendar Ads worth it?

It’s worth realizing that calendar ads are another iteration of push notifications, looking for new ways to interact with iOS users. They carry all the pros and cons of standard notifications.

However, if you’ll be able to adjust your message to this format, you might get a new channel of interaction with the user, in his inner sanctuary – the daily schedule.

So sign up at RollerAds and launch your first calendar campaign!