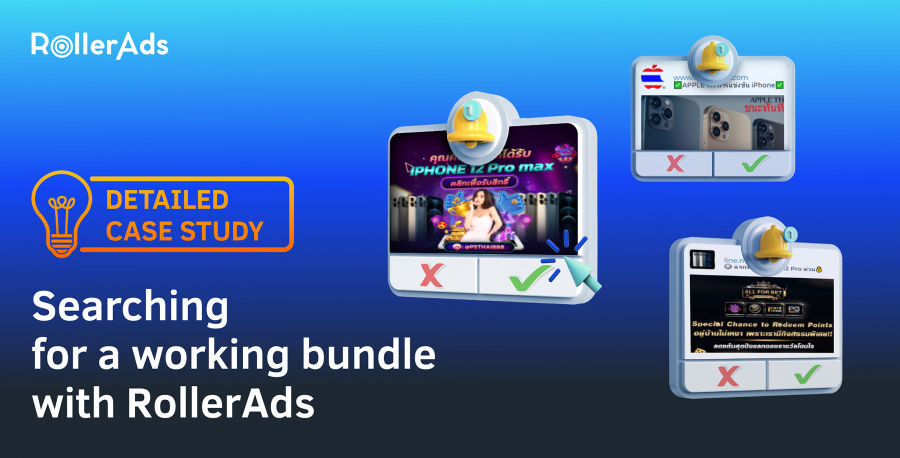 Push notifications, as well as all other formats have been “buried” more than once, but the volume of traffic and CPC is not falling, the competition is still high and new push-networks appear all the time. I decided to test one of these relatively fresh ones from scratch, since I hadn’t worked with push ads for a long time and didn’t have any particular strategies at the time. The last time I used push was about 2-3 years ago and they converted on just about everything. Right now, judging by the cases, the top verticals are dating, sweepstakes, gambling, and crypto, so we’ll choose from that list. The idea was to pour $300 from an unfamiliar source and understand how the format works now and how to work with it in 2021.

I chose several networks for the test, but only the RollerAds manager got in touch right away. I checked their traffic volumes and average CPC by country, and decided not to spread myself over several sources. I specified directly from the manager what verticals are the best in their specific network, because each network has a different set of publishers and rules, so there might be some bias included.

The relevance of the base can also affect the conversion in different verticals, so it is better to always be in touch with the manager, only he has up-to-date information on current trends. I have been told that now in the top are crypto, sweepstakes, soft, and a little bit of dating. $300 wasn’t enough to seriously test crypto so I chose sweepstakes, as I’m working with an affiliate with sweep – smartlinks that has tier-3 offers.

This will allow me to buy more traffic for my modest budget, test several providers/GEOs, and get more data. I chose some tir-3 countries in Asia, where there is a lot of cheap traffic: Thailand, Indonesia, Vietnam and Malaysia. I went to spy-service for pushes to learn about current approaches and creatives in chosen languages. 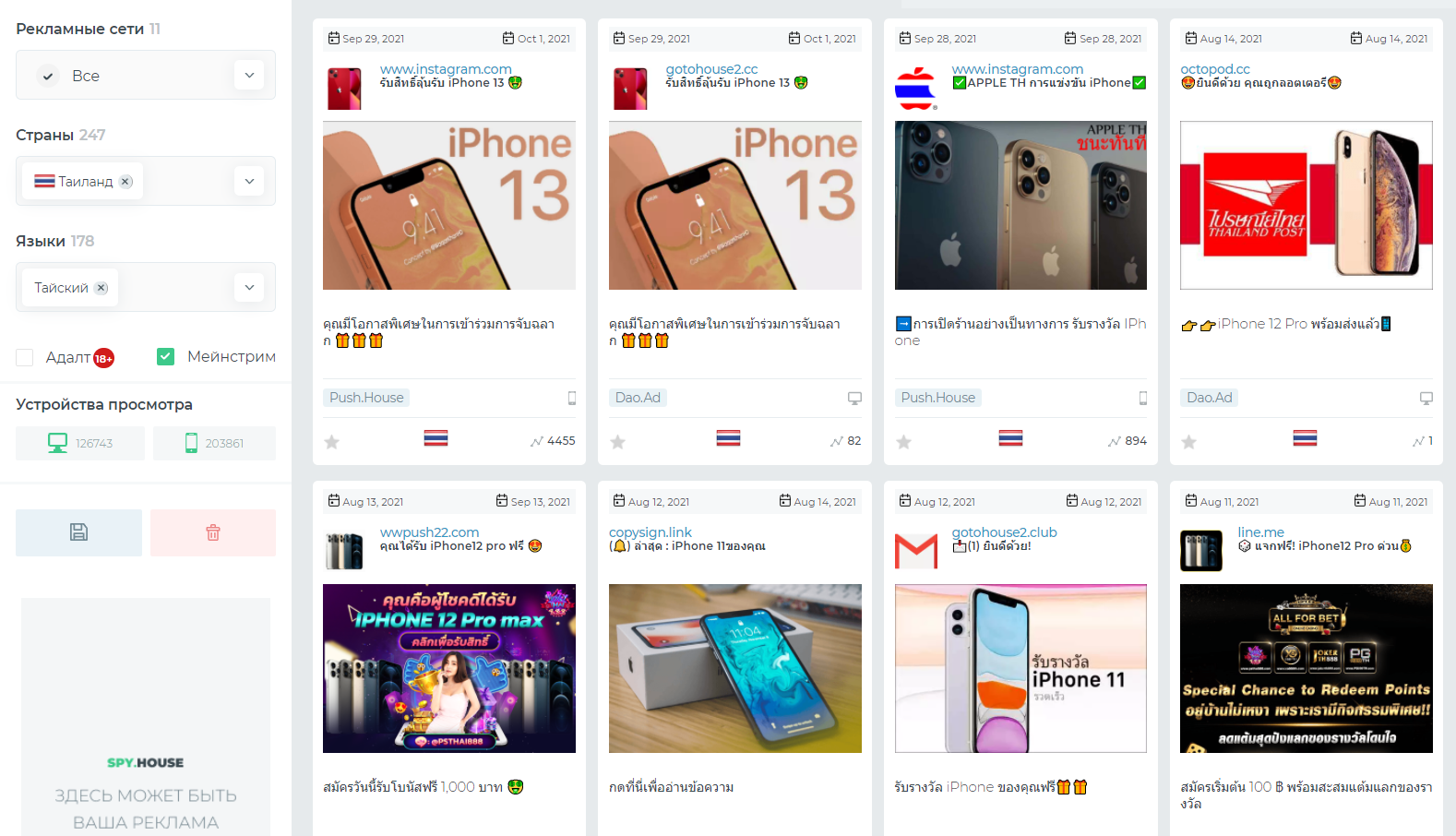 You can see the standard creatives for sweepstakes: the latest models of iPhone, Samsung, Playstation and coupons to local supermarkets. Since I’m going “wide”, i.e. using smartlink, where there will be a lot of offers in rotation, for starters I make creatives with general wording like “Get your prize!”, “You won!” etc., which will be suitable for most sweepstake-offers. I select texts for each geo, from which I will compose texts for my push messages:

I create all the necessary smartlinks, texts and pictures ready, which means it’s time to finally start creating campaigns. 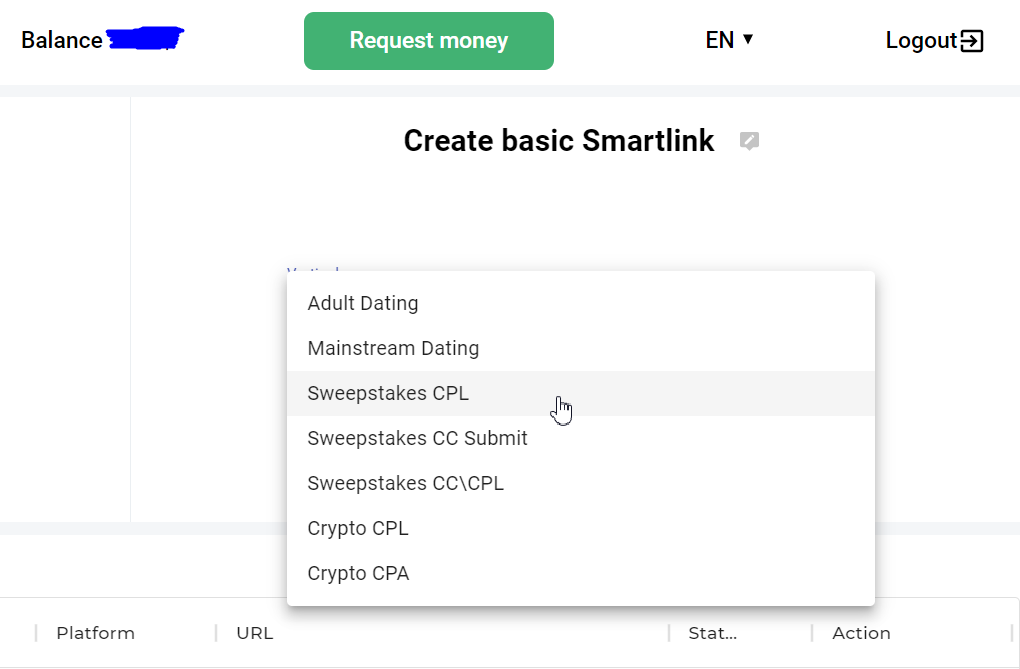 In Rollerads campaign settings you can choose standard or premium type of traffic, I choose premium for starters, I will test standard later. Then everything is  pretty typical: the choice of GEO, rates, limits, the age of subscription in my case between1-3 and 4-7, devices – only mobile, only android, all versions.  I do not touch browsers, operators, feeds, and CPA optimization yet. With these settings I created 4 campaigns for each GEO, 8 creatives in each, at the recommended rates. Examples of pushes:

It took about 30 minutes to get the approval and the campaigns started. Once again checked all the links, traffic went everywhere. It makes no sense to do any optimization on the first clicks, so instead I’m waiting for the data to accumulate.

The first conversions are in – then everything is OK. For the test, I’ve set campaign limits of $20 everywhere. The next day I spent $102 and already saw options for optimization.

I’ve put a couple of sites and feeds in the blacklist, pointed out the most successful push ads – they were combinations of images and trigger phrases, but most significant slices in terms of conversion were by connection method and by country:

It is immediately obvious that the conversion of mobile traffic is almost 2 times higher, and it is a frequent situation with push traffic. By country, two leaders clearly stand out, with negative ROI of -17% and -19% so far, it is Indonesia and Thailand.

So, the main points for optimization will be the following::

I also wanted to look inside smartlinks and find out which offers in Indonesia and Thailand had the best results on my traffic. It turned out that in Indonesia it is a gift card offer of a local supermarket, and in Thailand a standard iPhone sweepstake. Now, knowing this, I added more relevant creatives to the previous successful ones, with logos and brands, which should increase the conversion rate.

With the new settings, the campaigns went straight to the top. I purposely did not increase the rates, so that the speed of unrolling allowed me to monitor the blacklist in time and maintain overall control of the process. The traffic has decreased significantly, because I disabled Wi-Fi connections in campaigns, but the CR has almost doubled, and the ROI for 3 days on the new settings was 50%, which is very good for push campaigns:

The total ROI of the campaign, taking into account the first launch, of course, turned out to be lower, about 22%:

But now there is a working bundle, which will bring profit, without taking much time. Since there is no hold, I immediately withdrew and replenished the source. After that, the only thing you have to do is to monitor the traffic, add sites to the blacklist and periodically update the creatives.

Good luck with your push campaigns!