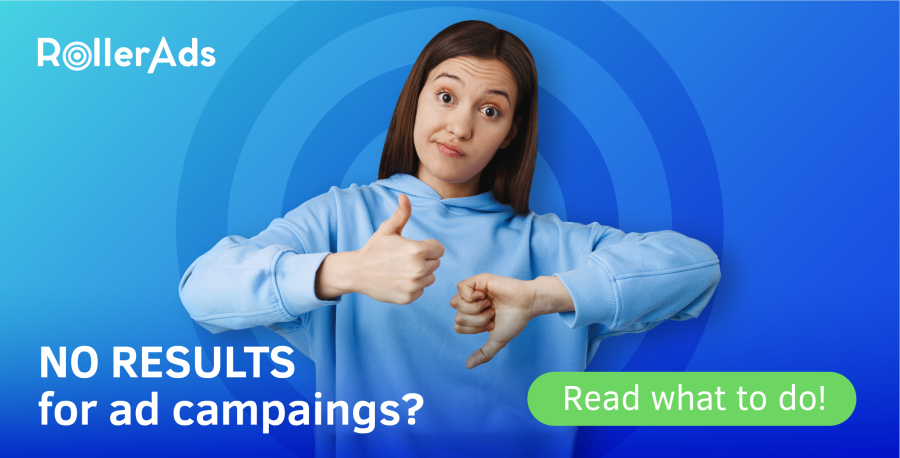 There’s nothing sadder than a failed advertising campaign. You know that you worked hard, you know that you gave it your best shot, but sometimes it just doesn’t matter. Sometimes you have to walk away because some things just weren’t meant to be… Or were they?

Sure, some campaigns are destined to be a failure right from the jump street, but most can be salvaged if you’re willing to make some tweaks. Down below, we will discuss some things that you can do in order to fix everything and turn a profit.

The first thing that you need to do is to take a good, hard look at the results. You need to do a very thorough analysis of the results in order to gather as much data as possible. Then, you need to sort of retrace your steps to understand when you might have gone wrong. Sure, there are some major adjustments to be made where necessary, but don’t underestimate the power of luck – there might have been a small misstep that you missed. Conducting a thorough analysis of the campaign will also help you work out some possible solutions for the future.

After doing that, you need to make sure that everything works fine. If there’s a website or a one-pager, you need to check to see if every link works and if every script runs properly. You may also want to look into the texts to see if they sound right for your target audience. Also, it might be helpful to review customer feedback or ask for outside help.

After a thorough analysis, you will be able to test out a few theories and make adjustments that may make all the difference in the world. While this might not have been the best campaign for you to run so far, your audience might surprise you by turning on a dime and making you enough money.  One of the things that should keep you on the bright side of things is that you never know what adjustment will be THE thing that will win over the audience. Remember to keep an eye out for those campaign comebacks, they are always great because they can help you learn and grow.

Common Mistakes Made in Ad Campaigns

As you know, affiliate advertising is a niche that attracts some of the best talent out there, but it’s also the niche that’s oversaturated with mediocre minds and inexperienced companies, so everybody’s making the same mistakes over and over again. We can extrapolate some of the most common mistakes that people make in this niche. For example:

#1. Advertisers fail to find value in the product

Just relaying what the suppliers tell you to say without considering what you say, is what leads to most of the bland advertising that people see out there. They all focus on the same positives without really giving it any thought or consideration because advertising isn’t their thing. However, it is YOUR thing, so it’s up to you to find something special that will help set the product apart from the rest.

#2. Advertisers don’t know anything about the product

Reading a few things here and there isn’t going to cut it. In order to be able to come up with a great campaign, you need to understand the value of the product (#1) and all the additional information info. Best-case scenario? You yourself use the product, enjoy the results, and conjure up an ad campaign based on your personal experience with it.

You need to talk to them in order to figure out exactly what they would like to know from your ad campaign. You also need to be honest with yourself about your target audience and understand what they would like to know from you. For example, if you don’t know who your target audience is, your campaign can already be written off as a complete and total failure. If you do know who the target audience is, but refuse to address their concerns or answer their question, you are immediately in danger of losing your investment.

#4. Advertisers obsess with selling the product

Yeah, you shouldn’t be obsessed with selling the product. If the only thing you care about is selling something, things might not go your way. Instead of trying oh so desperately to sell something, focus on helping people instead. They have a problem and you have a solution and that’s as far as it should go. This will ensure that you have a stellar campaign that is not palpably desperate or way too aggressive for its good.

#5. Advertisers only deal with broad niches

Instead of going for something as generic as “men’s clothes,” you need to zero in on a niche that is not as competitive as the wide variety of brands that are available in your niche. If you limit your ad niche and choose the right keywords, your campaign will do quite well. You can get a good start by using a tool that helps you find relevant keyword combinations for your niche.

There are many reasons as to why the product you picked may not be suitable for your financial goals. Perhaps the commission level is a tad too low for the current level of traffic or perhaps you are not aware that it’s hard to make money with low-priced items. No matter what the situation is, your campaign will fail if the product that you picked just isn’t the right fit.

Test your ad campaigns and adjust it based on the results. It’s as simple as can be, but some people stubbornly refuse to listen to the importance of testing and fine-tuning their ads. Some people believe that their ad campaign will become really successful all of a sudden despite the testing (coupled with common sense) telling them that it will be a complete flop.

All of the above is just a small sampling of reasons why some people fail with their ad campaigns. There’s not a single factor that you can point to when it comes to a failure and that’s a good thing – you can make several minor tweaks and improvements that will have a drastic impact on your campaign’s growth. No failure is final unless you believe that it is.

RollerAds has a proven track record of helping build successful ad campaigns, and the team is always ready to help you. If you want to avoid common mistakes if you don’t want to be left scratching your head when it’s time to fix a failed ad campaign, and if you want to know why some campaigns produce results and others don’t…. Well, feel free to join!